Waste of Human Food! Are you hungary or you want more | Meat Production is an Obscene Waste of Human Food. The fact is stark and simple. Meat as a food can never – will never –  feed the world. Economically. It just cant be done. And the more meat we eat, the less food there is available for other people.

A meat animal is nothing more or less than a machine – a machine that the industry uses to convert vegetable protein into animal protein. As a machine, it is deplorably inefficient. For every kilo of meat protein that is produced as a steak, twenty kilos of vegetable protein have to be into it. Twenty kilos that could have
gone to make vital human food. Twenty kilos that might have prevented someone, somewhere from starving to death. It is a disgraceful, obscene waste of food. The next chart shows you just what inefficient ‘machines’ food animals are:

Are you hungary or you want more?

As you can see, beef animals are the most wasteful converters of foodstuff, only managing to convert a miserly six percent of the vegetable protein they are fed into meat protein. This is the reason behind the desperate use of hormones in animal rearing – it is an attempt by the farmer to improve on the process that at least one beef producer has described as ‘notoriously inefficient.

So where does the other ninety-four per cent of food input actually go? ‘It’s wasted, of course. Just disposing of all that excrement causes considerable pollution problems. Even the most efficiently produced animal foods (chickens, eggs, milk) only use thirty-one per cent of the protein from their feedstuff, wasting the remaining
two thirds.

Waste of Human Food! The Meat Industry Can’t Break the Laws of Nature

But it Can Hide the Consequences. This system of food production is so outrageously inefficient, because the meat producers are trying (and inevitably failing) to break one of the most fundamental laws of nature. This is the law that explains, amongst other things, why large, fierce animals are comparatively rare, but smaller, vegetable-feeding ones are much more numerous.

If things get out of balance, and the fox population suddenly expands, there won’t be enough rabbits to go round. So the foxes just starve until things get back into balance again. By rights, therefore, if humans were designed to be predominantly carnivores, and exist on flesh foods there would be relatively few of us, living at a good distance from each other.

It’s quite obvious. however that we’re not like that. Humans are not carnivorous creatures, and there are far too many of us to live at such a perilously high position in the food chain. But that’s where the meat industry ignores nature.

What Ramadan Reminds us?

We are in holy ramadan month. Muslim people do not eat or drink anything between morning and evening. What Ramadan reminds us? We understand what a priceles even e piece of bread and a glass of water. We dont need meat or expensive foods, we have just pure happiness like children while we are on the table with family to eat something in the evening.

Change Yourself and Change the…

Do you need or greed?… 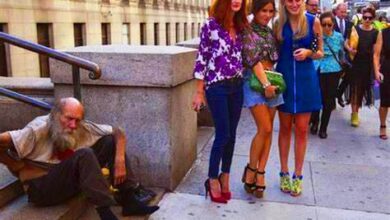